For Todd Schayes, the school's head basketball coach since 1993, “playing basketball for Kent Denver means representing your school, your family, and yourself in the highest form of sportsmanship, character, and class.  It embodies the core values that our school stands for.”

In his nearly 30 years of coaching the Sun Devils, Coach Schayes' teams have routinely been among the best in the state. That includes numerous league, district and regional titles, four state title game appearances and a state championship in the 1996-97 season.

Three of Coach Schayes’ players have been named 3A State Players of the Year and 11 have gone on to play college basketball, including seven at the Division I level:

Most recently in the 2021-22 season, Duke Benson '22 reached 1,000 points for his career, and Ethan Levin '23 (pictured above) broke the Colorado state record for most 3-pointers made during a single season. 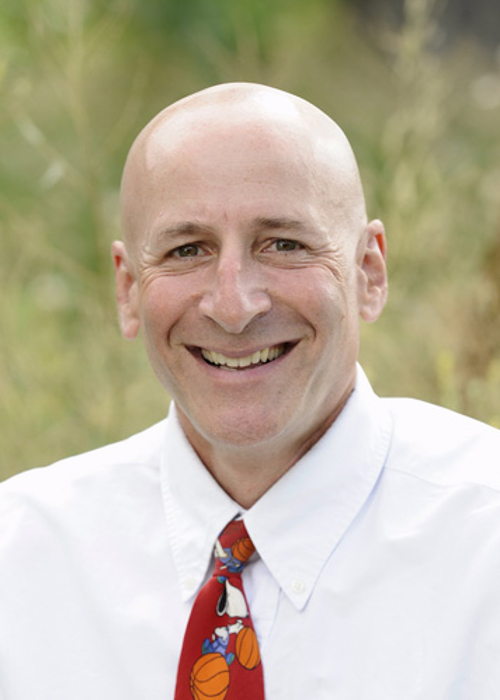 Email Coach Schayes
Since Todd Schayes joined the program as head coach in 1993, Kent Denver has qualified for 25 state tournaments, won numerous league, district, and regional titles, made four state title game appearances, and brought home the school’s only state basketball championship in 1997.
Coach Schayes has been recognized as Metro League Coach of the Year six times, and he was inducted into the Metro League Hall of Fame in 2008. He also received the 2019 Tom Sutak Award for excellence and contributions to the basketball coaching profession. He's #5 all time in wins at one school in Colorado.

Coach Schayes is also a full-time member of our Middle School faculty, teaching English and history in the sixth grade. Previously, Schayes was an assistant coach at Methodist University in Fayetteville, North Carolina.  He played high school basketball in Queens, New York, and college basketball at the University of North Carolina at Greensboro.

Coach Schayes is part of an extraordinary basketball family, which includes his father, Herman Schayes, who played for years for the Washington Generals (the main opposition of the Harlem Globetrotters); his cousin Dan Schayes, who played over 20 years in the NBA; and his uncle, Dolph Schayes, an NBA Hall-of-Famer who has been named one of the 50 greatest players to ever play in the NBA.