Learn a bit about our fantastic Arts faculty here! 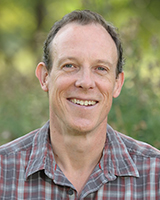 "Music is an art form that teaches that mistakes are a welcome part of life. I regularly see students adopting a tenacious ability to integrate all of their life experiences, both planned and unplanned, into a mature outlook that gives birth to real adulthood."

Mr. Adams joined Kent Denver from the University of Colorado and Metro State University, where he taught jazz, classical, pop, Latin music, composition, improvisation, ear-training, songwriting and piano. He is currently the musical director and pianist for Lannie Garrett and performs regularly with nationally known artists. 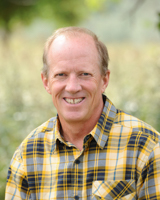 "My job is to find out what makes each of my students tick, then open appropriate doors that not only meet their skills and interests, but also push them in new directions.

Mr. Dean enjoys learning, and appreciates that teaching encourages him to stay on top of the most relevant and recent research and progress in fields he is interested in. Prior to coming to Kent Denver, Mr. Dean taught at St. Marys Academy, and was involved in Museum Education in Denver and Massachusetts for 12 years. 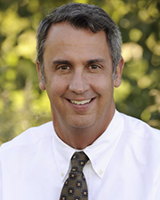 "How do we live in the world? What is our relationship to the world and the people in it? How do we use qualitative and quantitative language and reasoning to negotiate our way through the world? These questions continue to inform my approach to teaching, in both acting and math."

"There is a wonderful synergy between the performing arts and Mathematics. As theater uses the language of dramatic action to describe the human experience, so does science use the language of mathematics to describe the natural world," Mr. Ellis says. "Though inherently limited, both seek knowledge and understanding through a kind of storytelling, and endeavor to do so with symmetric curiosity, elegance and grace. Accordingly, I endeavor to help students develop their voices within these languages, and I encourage them to consider it worthy of their time and energy to strive for the highest level of fluency of which they are capable. If they are willing, mystery and magic await."

"I love discovering the inventive solutions students develop to complete my assignments." 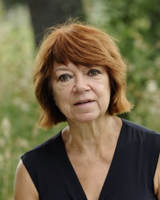 Titles: Director of Costuming
Biography:
"When students work with me, they observe a strong, dedicated theater person in a responsible position."

Since joining the Kent School for Girls in the fall of 1969 as a dance teacher, Judy Graese has inspired countless students, faculty and parents with her creativity and artistic passion. In her current role as head costumer for the Upper School's Kent Denver Players, Ms. Graese helps students bring characters to life on stage. "I love working here because it brings me into contact with positive young people," she says.

In addition to her work at Kent Denver, Ms. Graese is also an accomplished artist, serving as an illustrator for several books and doing one-woman shows at galleries across the nation. Prior to her arrival at KDS, Ms. Graese was a costumer with the Murray Louis Dance Company in NYC. A co-founder of Colorado Contemporary Dance, she was named a Colorado Living Legend of Dance in 2016. 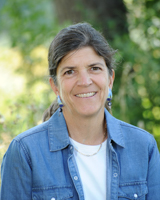 "If you step into my room during a class, you will find students building, drawing, thinking, painting, creating, exploring and having fun. Art is an outlet for many students and I love that I can provide them with opportunities that may not be available to them anywhere else."

For Ms. Mitchell, no day at work is the same as the last. She started her career teaching high school at a boarding school, and has been rewarded in her job ever since. 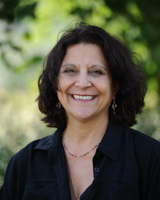 "I try and help individual self-awareness and self-confidence. I love to see kids learn how to think in a visual manner."

Before Kent Denver, Ms. NeJame was a member of Core Gallery and worked in Jefferson County, where she made many connections in the art education community, connections she uses frequently in her teaching. She is also a past recipient of the school's Burges Green Distinguished Teaching Chair. 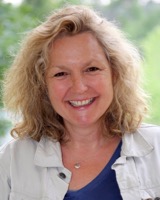 Ms. Newcomb led the Summer at Kent Denver arts program and staged many memorable summer plays and musicals before being named Director of the Summer Programs in 2017. She previously taught at Graland Country Day and Stanley British Primary Schools in Denver. 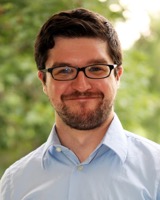 From providing fun and informative slides and music at weekly assemblies to bringing diverse worlds to life on stage through imaginative set designs, Tommy Nolan brings creativity and joy to many aspects of life at Kent Denver.

Mr. Nolan came to Kent Denver in 2017 from DSST Stapleton and, prior to that, the Francis W. Parker School in Chicago. 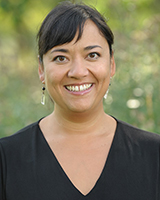 "I teach what I love and I live what I teach."

Ms. Pagurigan came to Kent Denver in 2017 after working as a music teacher at Graland Country Day School in Denver and City and Country School in New York City. She also sings professionally in several Denver-area vocal ensembles and is a director for the Denver Chidren's Choir. 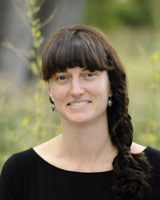 Taylor Pringle strongly believes theater is a venue to unite communities. As a result, many projects are collaborative and focus on generating original student work. She creates an environment that encourages students to express themselves and to discover their individual strengths as artists. Students are constantly on their feet as active participants in kinesthetic learning. 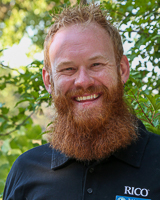 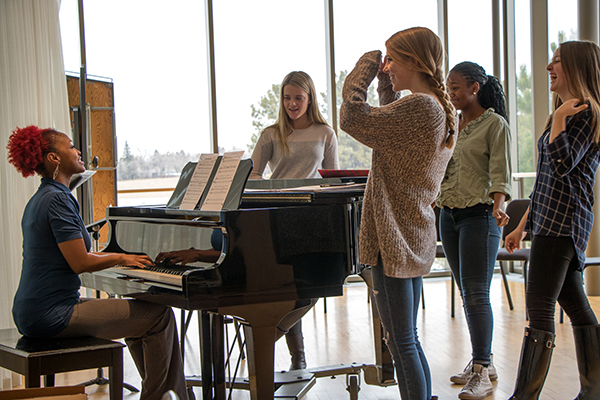 Kim Dawson is a professional singer and graduate of the University of Northern Colorado. Her musical influences range from Stevie Wonder to Sarah Vaughan to Tina Turner. She has performed with music legends and Rock and Roll Hall-of-Famers such as Bernie Worrell, Ivan Neville and George Porter, Jr., and is currently touring internationally as a member of the band Pimps of Joytime. Kim has brought her skills to the teaching arena at Kent Denver School, The National Theater Conservatory and Swallow Hill Music. Her talent is matched only by her drive to learn, develop and finely hone her craft and she delivers a sound that is rife with her breadth and depth of experiences. 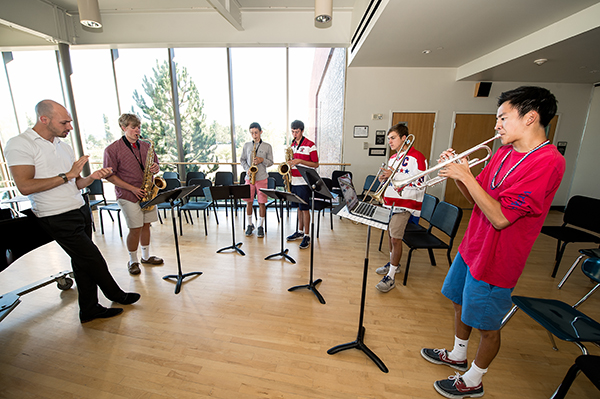 Elijah Samuels is a Denver-based saxophonist, composer and educator. In 2007. he graduated cum laude with a Bachelor of Music with emphasis in Music Education from San Francisco State University. In 2010, he was accepted into the Manhattan School of Music and moved to New York City. He then transferred to the Lamont School of Music at the University of Denver as a graduate teaching assistant where he directed the University Jazz Ensemble and taught applied saxophone.
He can be found performing in groups and venues ranging in styles such as the Colorado Jazz Repertory Orchestra & Adam Bartczak Republic at Dazzle to musical theatre orchestras at the Denver Center for the Performing Arts. He has also composed and arranged music for string quartet, saxophone quartet, big band and studio orchestra.
Along with his private studio, Elijah also teaches at University of Colorado-Denver. 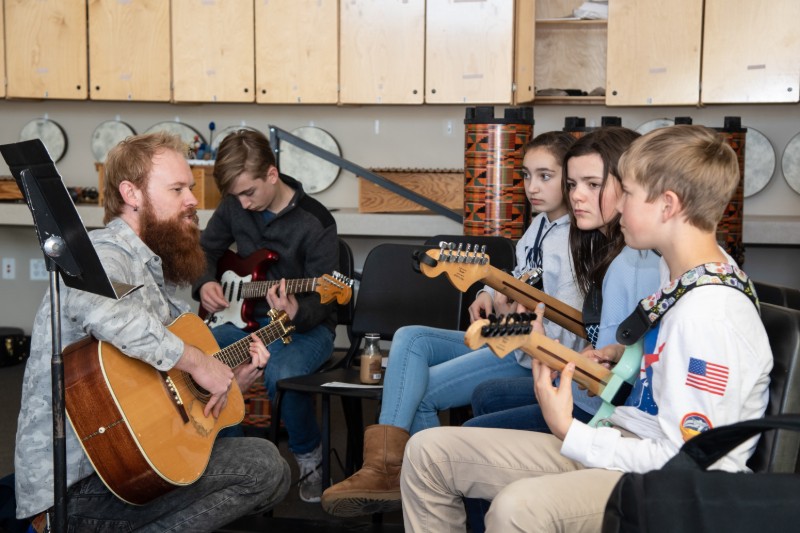 Zakk Wooten is a Denver-based professional musician and educator. He received from the with a Bachelor of Music Education, emphasis in Voice, from the University of Nebraska-Lincoln in 2008. While attending college, Mr. Wooten founded and directed the award winning vocal group Rocktavo.

Immediately after graduation, he started touring the world singing vocal a cappella music with The Cat’s Pajamas. Mr. Wooten has been featured on nationally broadcast television and has shared the stage with artists such as Chubby Checker and Ben Folds. He can often be found performing multiple styles of music in a wide range of venues throughout the region. In addition to working in his private studio, Mr. Wooten teaches at Denver Music Institute.

He is an award-winning arranger whose works are performed by local and international ensembles of all sizes. He has a passion for music and the pursuit of knowledge, and says, “I strive to practice, instill and encourage the belief that we can all be better than we were yesterday if we commit to that choice.”